How does your garden grow?  Mine grows with caterpillars.  Pieris Brassicae to be exact.  The larval stage of the White Cabbage Butterfly, scourge of vegetable gardeners everywhere.  My apologies to my neighbouring allotments. I didn’t know what sort of caterpillars they were, and as my mizuna had bolted with lovely yellow flowers, I didn’t really mind that the leaves were going to the new residents – I find their little green and yellow bodies visually pleasing, especially compared to those of the slugs who demolished my radishes.

I watched curiously when the birds were around.  They would devour any insect that came across their path but they completely missed my little caterpillars. The bright colouring of the caterpillars made it unlikely they were not spotted, however this is a common sign of either poisons or unpalatability – and as it turns out – the mustard-oil glucosides the caterpillars from their food makes them taste dreadful to would-be predators.

Three days before summer officially ended (it has definitely declared itself finished, with squalling winds, and thumping great waves) my caterpillar cultivation came to an end. They started out as wee little ‘pillars, 4-6 to a leaf, but over the next 10-14 days, they chomped and chomped, leaving little balls of masticated mizuna (caterpillar poop) upon the ground beneath them, they grew immensely. They now resided only one to a branch, as they were far too large individually to eat in a group.

Then all at once, they started appearing on the walls.

Up the pot they climbed.

Along the concrete, towards … the roof ?

I haven’t found any chrysalis yet but I presume that’s what they’re now up to, harbouring from the storm(s) in the eaves, morphing into large white flutterbies, repeating the process.

Next summer there will be larva again – devouring cabbages wherever they go. 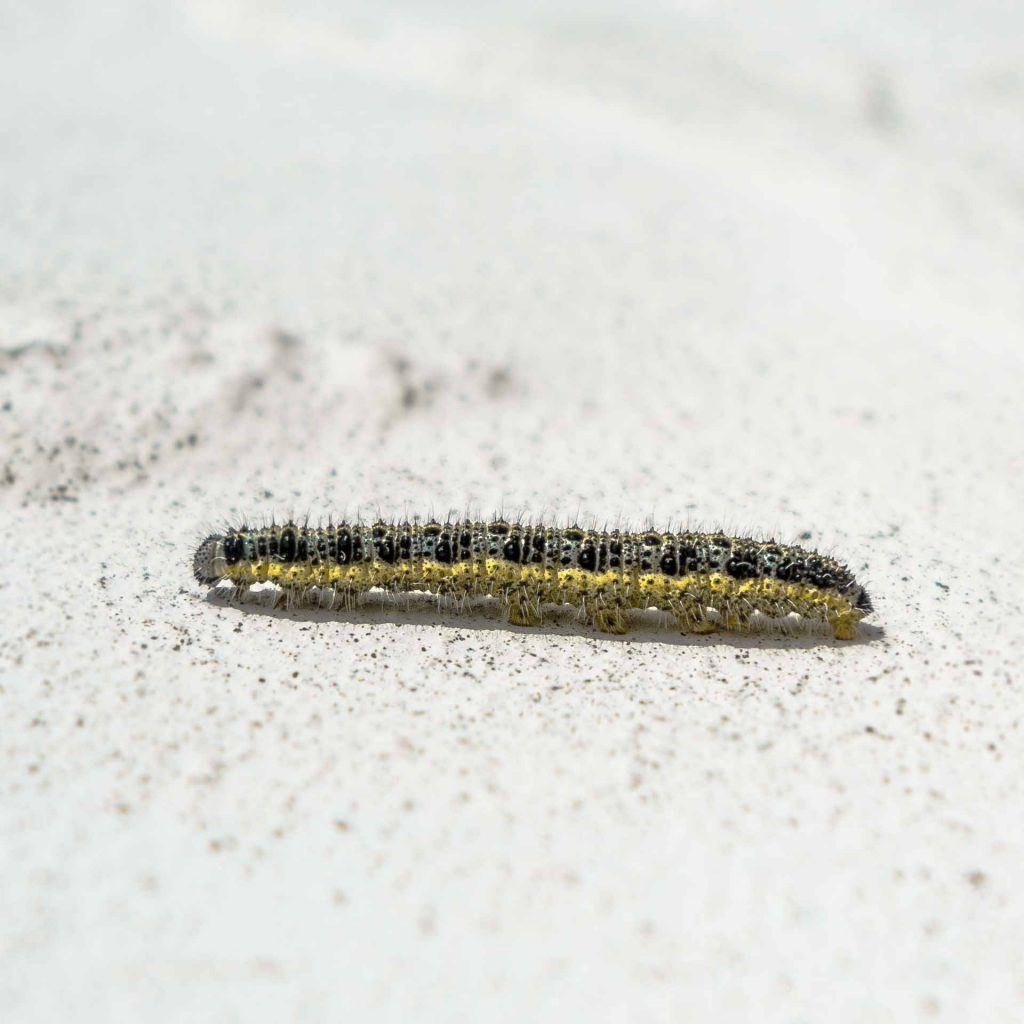 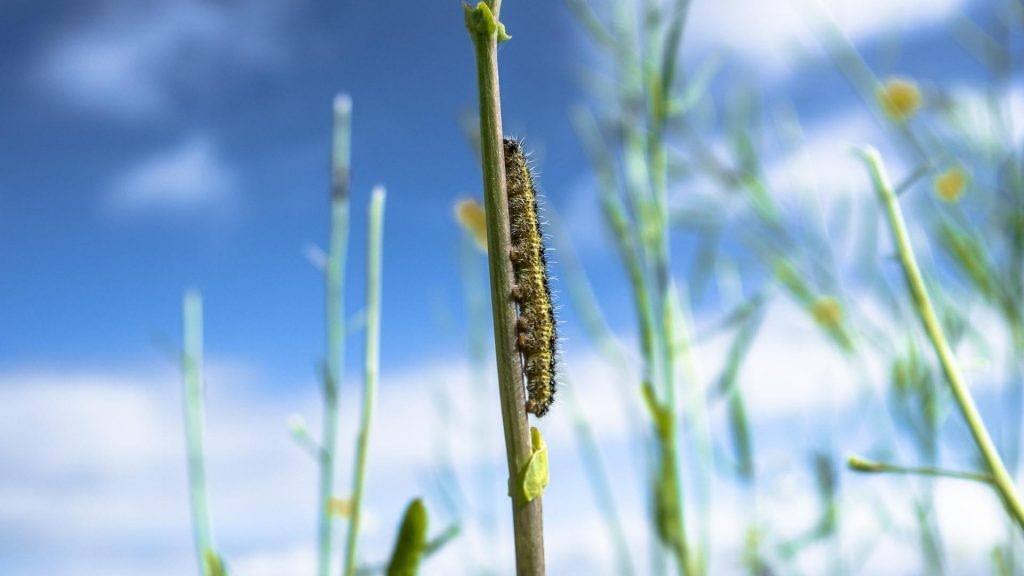