Camino Portuguese Day 6 was wonderful and challenging. Our plan was to at least get over the big hill (Portela Grande) to the first main town with accommodation, Rubiães. This is a relatively short part of the trip – 18km by the guidebook. It’s a tricky spot because there is no obvious accommodation between Ponte Lima and Rubiães, so you can’t get half way and decide you want to stop (not without bringing a tent anyway).

The main difficulty is a large hill between the two towns – 405m above sea level, but only about 350m of climbing as Ponte Lima is already roughly 50m ‘up’. The paths were mostly (80%) dirt or rock. That made this little pilgrim very happy. The remaining 20%, and last 15% of the day was cobble stones or nasty rounded stone chunks which as always, made getting into town somewhat painful, but WE DID IT.

The hill (Portela Grande) was HARD. One of our companions had decided to send her back pack via taxi to the next hostel, and not carry it over the mountain. That wasn’t a dumb idea as our packs are not really conducive to climbing over rocks, and some sections were really quite steep (streams/creek beds on wet days by the looks of them). Also, our packs aren’t exactly light – mine’s about 12 kg, Dave’s about 10 kg. We were very glad not to have had to do it in the rain as it would have been incredibly slippery and a bit treacherous.

The hill climbing I did in Sintra was very good preparation for today’s walk. We knew from the guidebook that there was ‘a steep bit at the end’. Several times we wondered ‘was that the steep bit’. Several times there was audible cursing when we discovered that in fact, no, that had not been ‘the steep bit’. Eventually we found the last steep bit, and hit ‘alto’ which gave us a somewhat spectacular view of the valley below. So proud of us for getting up there, with our packs.

Unfortunately you’re not going to get many photos today as the WiFi is once again practically non-existent, and refusing to comply with my request to upload media files. NONE of the food photos can be uploaded. Dave managed a meager sponge cake type roll at breakfast – was quite small by contrast to some of the eclairs. We stopped at a little cafe in the town of Revolta for morning tea – they didn’t do pastry so we settled for a coke (Dave) and juice (me). Lunch was a late one as we only made it to Rubiães around 2pm.

A wee restaurant near the hostel provided more than ample sustenance – the pilgrim meal consisted of a tremendous, and tremendously large serve of vegetable soup, plus a massive plate of the ‘daily special’. Dave ordered the slow roasted pork with potatoes. I had the slow cooked beans which also turned out to have lamb and I think cow’s tongue … I’m not sure. I was not brave enough to try the offal (have had a sensitive stomach for the last week) but the lamb and beans were delicious.

Our new Camino companion and friend Augusto (a Portuguese now living in Munich) was happy to translate the menu, provide excellent company, and even shorten part of the final journey by asking locals for the direct route into town. The Camino is a path of pilgrims. It winds about chapels, churches and other religious structures. This is kinda nice most of the time, but when your feet are hurting and you’re dying for some respite, seeing one more chapel does not fill this little atheist with much rapture.  Sometimes quite the opposite, especially if there are hobble stones!

So we shortened the route by about 500m and headed straight for the hostel. A glorious site indeed.

I’m rather excited for tomorrow’s walk as we will cross the border into SPAIN! How cool is that! 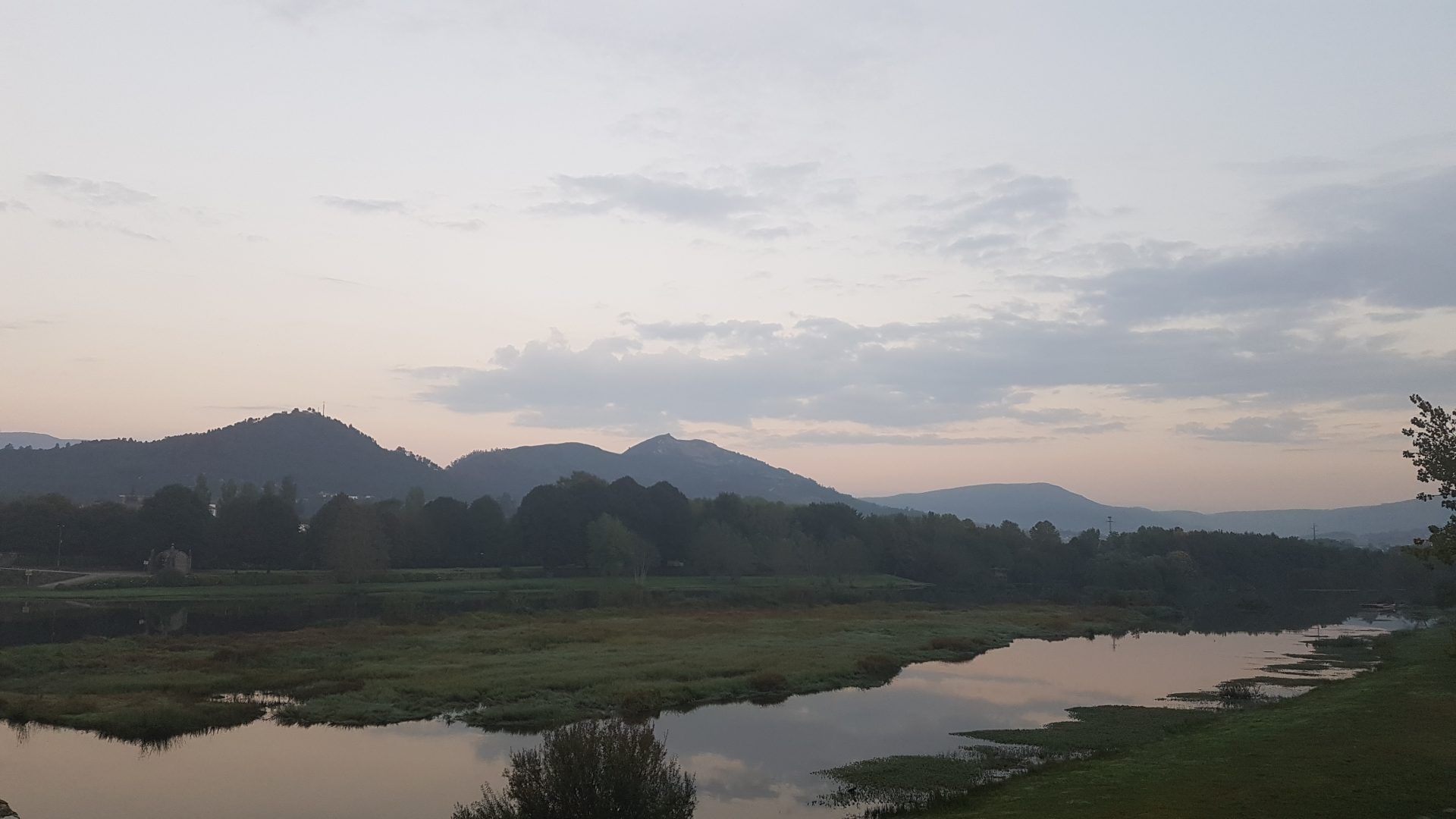 Rio Lima, from the Ponte Lima (bridge). Beautiful morning for a walk in the Portuguese countryside. 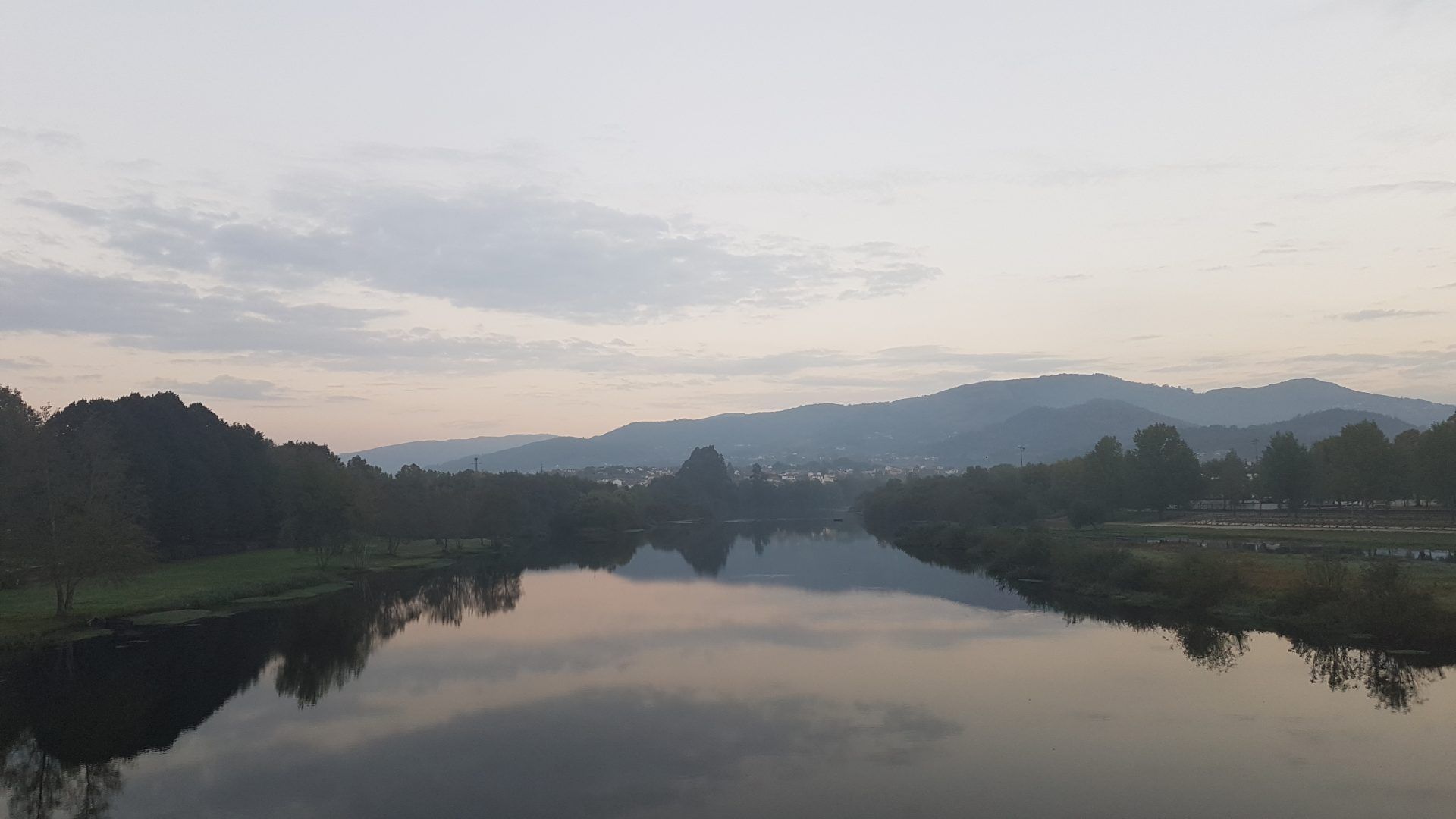 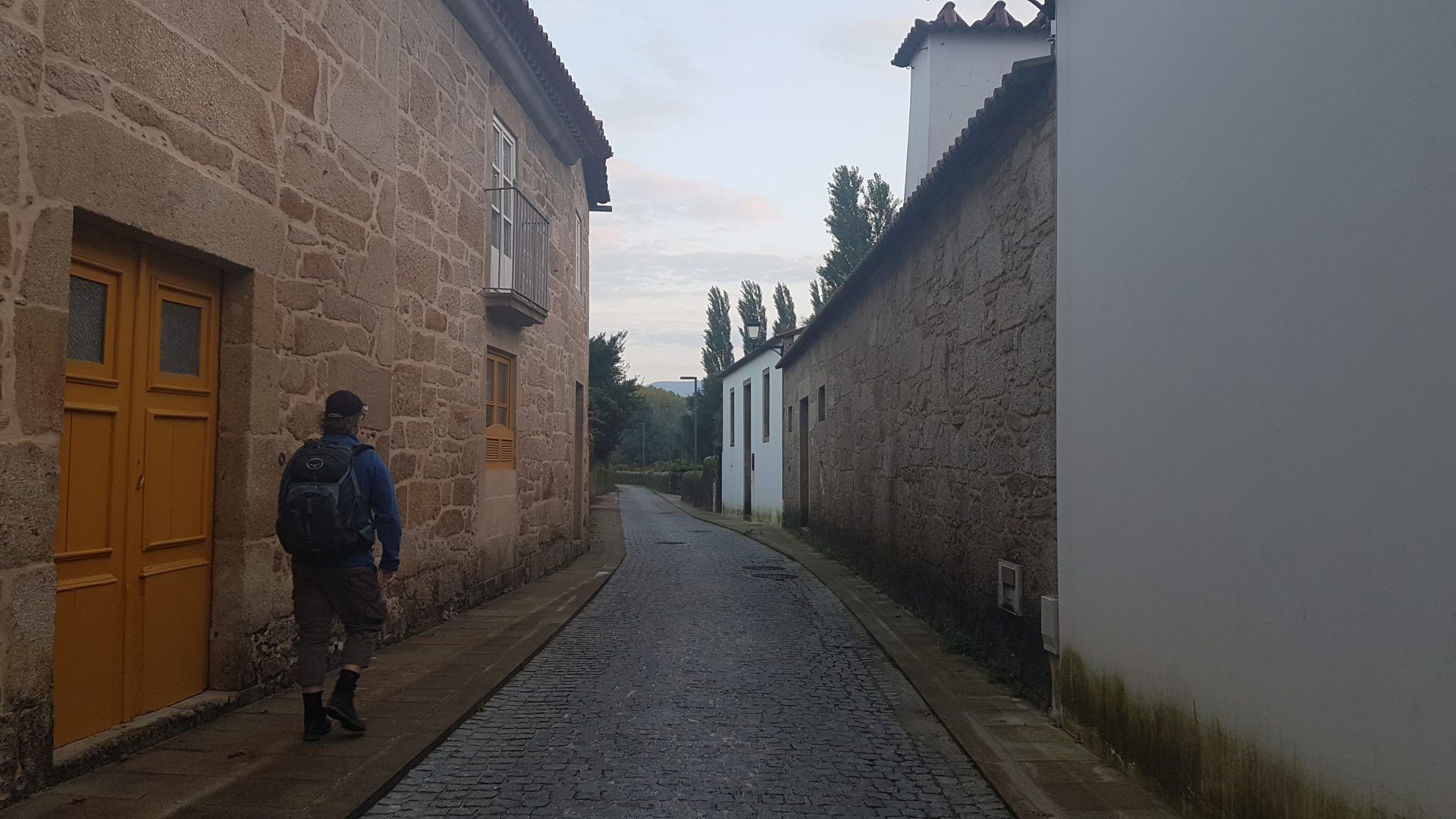 Commencing the day in Porte Lima. A beautiful town and the oldest in Portugal. 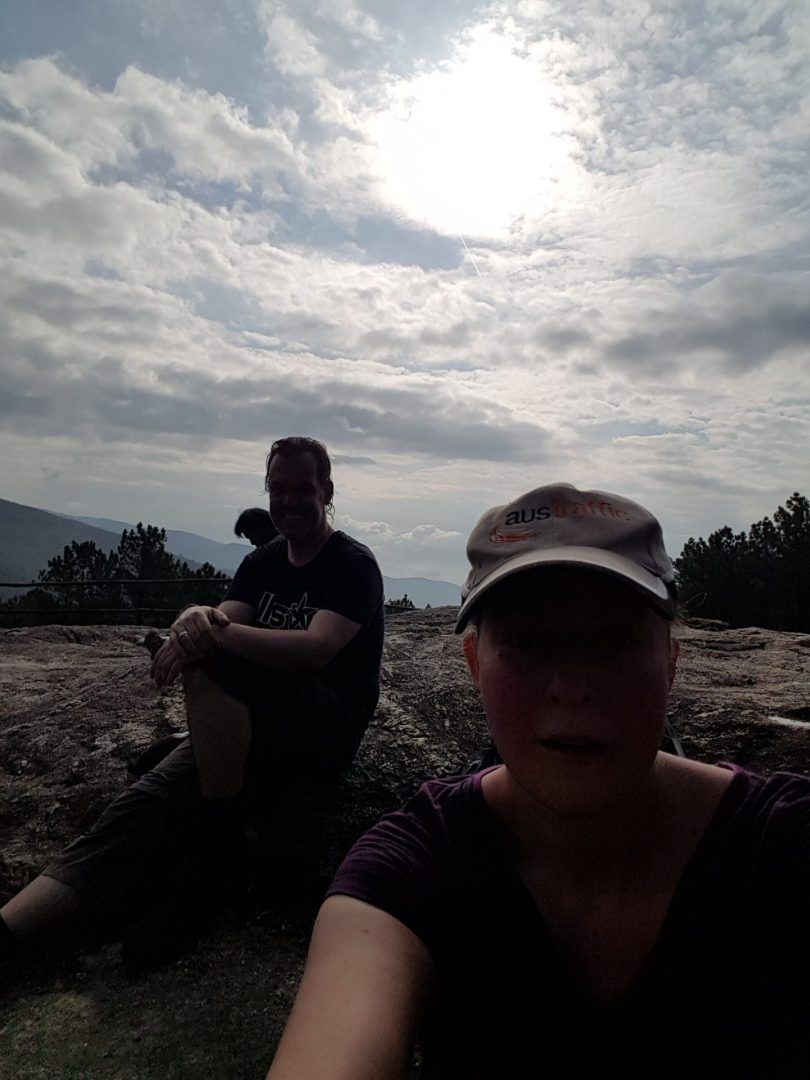 Bad photo of pure exhaustion. Atop Portela Grande. Bloody steep climb. You can still make out my bright tomato face even with shadowing. 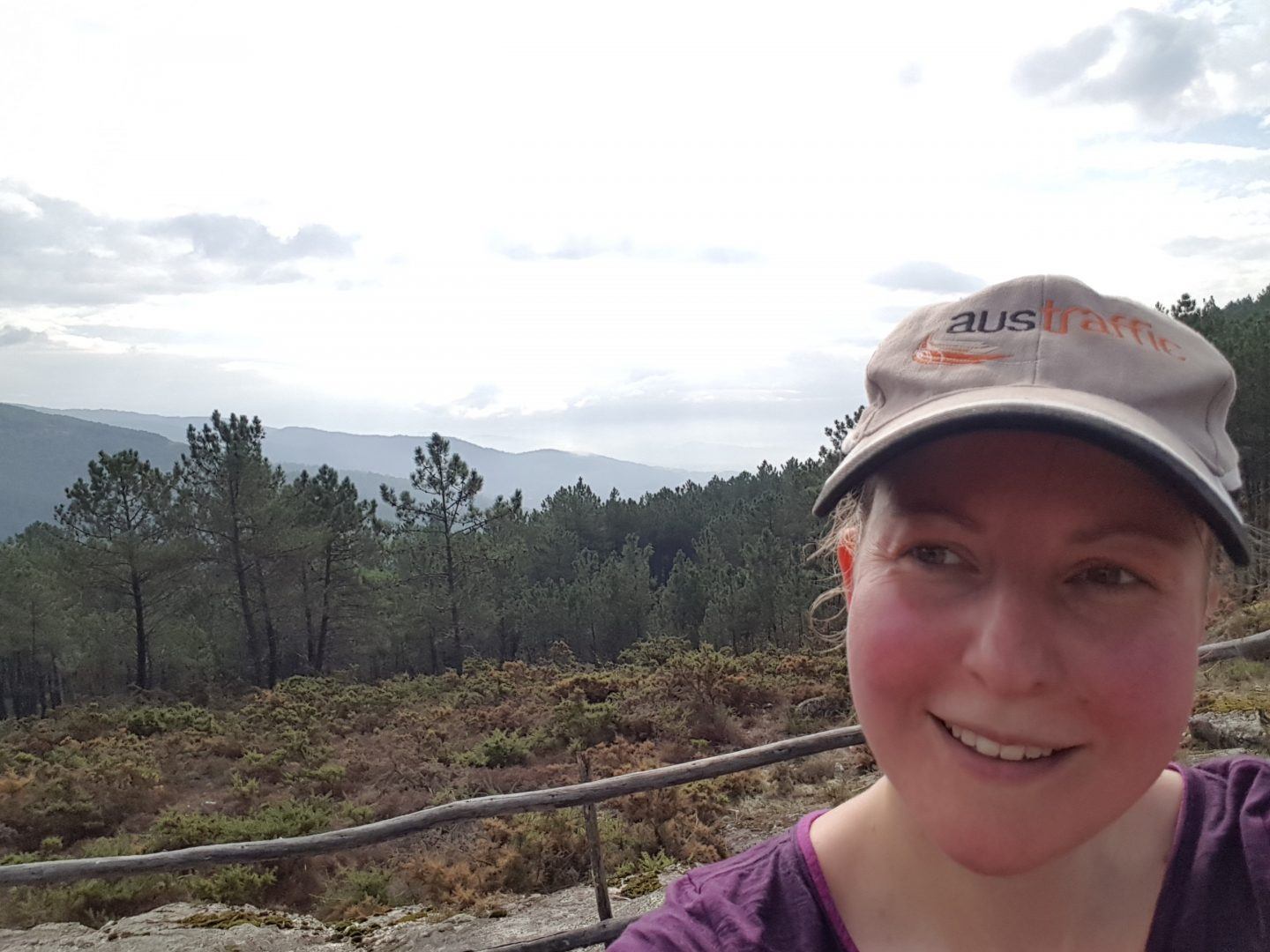 Exhausted but happy at the top of Portela Grande. Was a long bloody hike up that hill. Elevation 405m and not a gentle slope! Ponte Lima where we started the day was only around 50m. 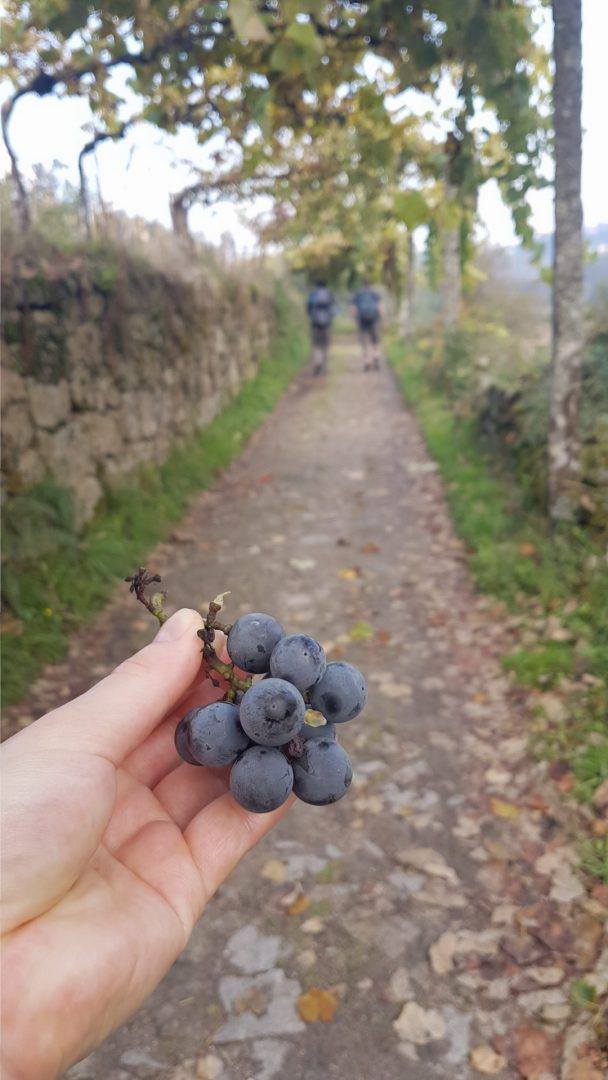 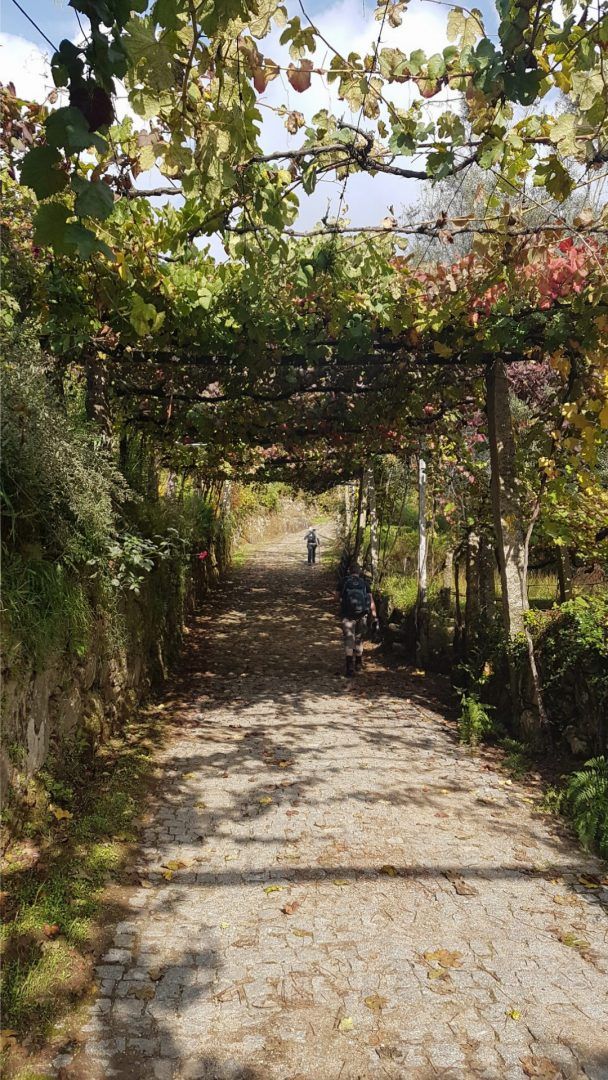